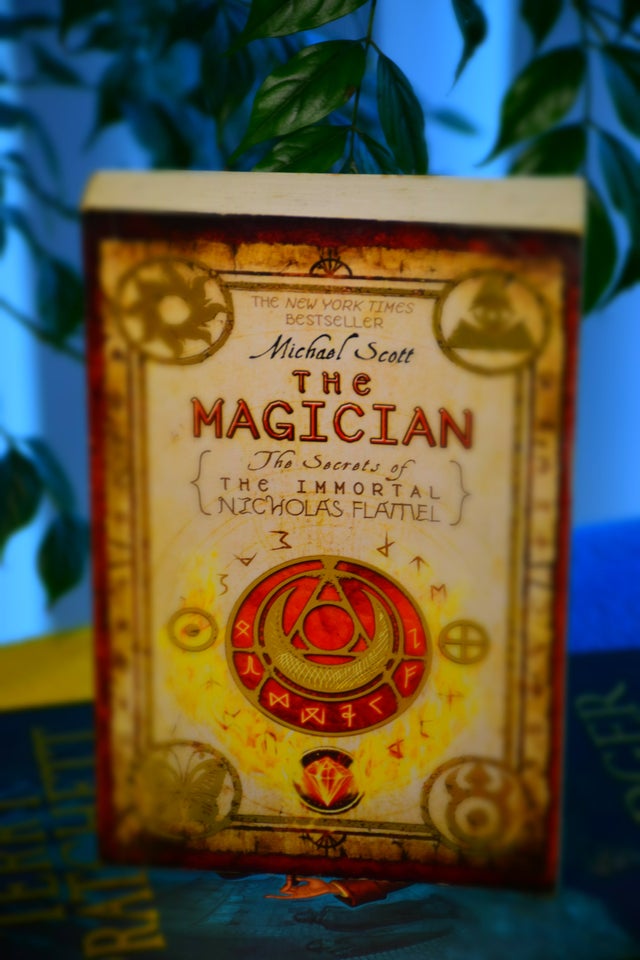 THE MAGICIAN – The Secrets of the Immortal Nicholas Flamel - Book 2

California:  In the hands of Dr. John Dee and the Dark Elders, the book of Abraham the Mage could mean the destruction of the world as we know it. The most powerful book of all time, it holds the secret of eternal life – a secret more dangerous than any one man should ever possess. And Dee is two pages away from the knowledge that would bring the Dark Elders into ultimate power.

His only obstacle? Josh and Sophie Newman – who are eight thousand miles away.

Paris: After fleeing Ojai, Nicholas, Sophie, Josh, and Scatty emerge in Paris. The City of Light – home to Nicholas Flamel – only this homecoming is anything, but sweet.

Niccolo Machiavelli, immortal author and celebrated art collector, lives in Paris and is working for Dee. He’s in hot pursuit, and time is running out for Nicholas and Pernelle.  Every day they spend without the book, they age one year: their magic becomes weaker and their bodies more frail. For Flamel, the Prophecy is clearer and clearer. It’s time for Sophie to learn the second elemental magic.

And there’s only one man who can teach it to her: Flamel’s old student the Comte de Saint-Germain – alchemist, magician, and rock star. Josh and Sophie Newman are the world’s only hope. If they don’t turn on each other first.